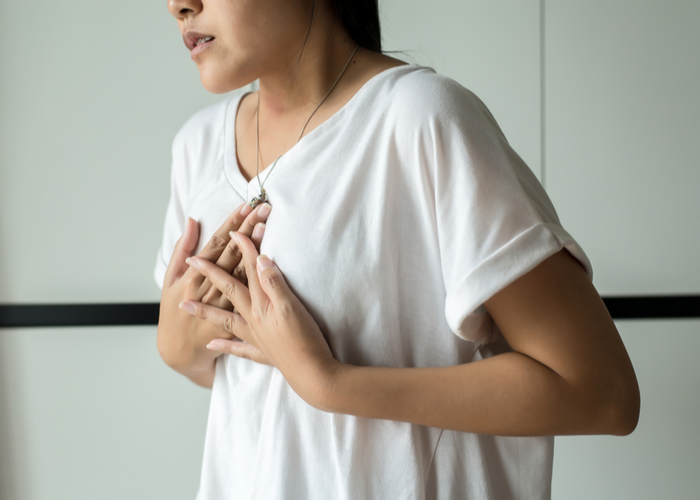 Oesophagitis (Espohagitis) is a diagnosis of any condition in which the oesophagus - the muscular tube that connects the mouth and the stomach - becomes irritated or inflamed. This inflammation may be caused by a number of factors including excessive stomach acid, allergy, certain medications or infection.

Depending on the cause and severity of oesophagitis, the inflammation may cause discomfort or damage to the oesophagus. If left untreated, in some cases oesophagitis may lead to a condition known as Barrett’s Oesophagus. The normal lining of the oesophagus transforms to become more acid resistant but becomes more susceptible to the development of oesophageal cancer.

Although oesophagitis may have a number of different causes, the symptoms remain largely the same and typically include:

In children, the symptoms may vary a little or present differently, such as:

If left untreated, oesophagitis may lead to a number of complication, including:

Oesophagitis is typically categorised by the underlying cause of the condition. Although any condition that leads to the irritation or inflammation of the oesophagus is classified as oesophagitis, the following causes are the most common.

Medications that have been linked to drug-induced oesophagitis include:

Eosinophils are specialised white blood cells that play a role in allergic reactions. When a person with EoE encounters a food or other allergen, the body over responds to its presence and tries to combat it.  Eosinophils are deposited in the lining of the oesophagus as a result.

Eosinophilic oesophagitis is believed to affect around one in 1000 people, but instances appear to be on the rise, as are instances of people with allergies. The reason for the rise in allergies and EoE are unclear at this time.

Around 75% of people with EoE have other allergic conditions, such as asthma or hay fever (allergic rhinitis). Common EoE triggers include:

Infectious oesophagitis usually occurs in people with weakened immune systems, such as those living with HIV/AIDS  or people going through chemotherapy or radiation therapy for cancer. Any viral, bacterial or fungal infection may potentially cause infectious oesophagitis.

One of the most common causes of infectious oesophagitis is Candida albicans, a fungus that lives in the mouth. This kind of infection is most commonly associated with a low immune system, people living with diabetes, cancer, or using antibiotics or steroidal medications.

In addition to HIV/AIDS and cancer treatments, immunosuppressive medications used for transplant recipients or to help people with autoimmune diseases such as lupus may also increase the risk of infectious esophagitis.

Lymphocytic oesophagitis is a newly discovered and poorly understood form of chronic oesophagitis that in many ways mimics EoE in presentation and symptoms but differs in terms of actual inflammatory process.

While EoE is caused by the deposit of eosinophils, lymphocytic oesophagitis is caused by the swelling and presence of an increased number of lymphocytes (specialised white blood cells related to the lymphatic system) in the lining of the oesophagus.

The exact cause of lymphocytic oesophagitis is unknown, but some studies have shown some association with other inflammatory or oesophageal conditions, including,Gastro-oesophageal Reflux Disease (GORD) and Crohn’s disease .

The bottom of the oesophagus contains a valve-like structure known as the oesophageal sphincter, designed to close off the stomach, preventing the acids it contains from entering the throat. When this sphincter either opens when it shouldn’t or doesn’t properly close, stomach contents, including partially digested food and stomach acid may wash into the oesophagus. The is known as gastro-oesophageal reflux.

Risk factors that may increase the risk of GORD or gastro-oesophageal reflux include:

A number of foods may exacerbate the symptoms of GORD or reflux oesophagitis, including:

Book an appointment to see a doctor and find some relief.

Before treatment may begin, the underlying cause of the oesophagitis must be identified. Proper diagnosis may require the patient to undergo a number of tests, including:

Once the cause of the oesophagitis is determined, treatment varies.

The primary treatment for drug-induced oesophagitis is avoiding the medications causing the problem or switching to an alternate medication. If this is not possible, changing pill taking habits is recommended. Such habits may include:

EoE treatment revolves around identifying and avoiding the allergens that cause the eosinophilic reaction as well as the use of medications that reduce the severity of allergic reactions.

If the reaction is due to a food allergy, it may require a structured elimination approach to diet. As there is no way to easily identify which food or additive someone is allergic to, a doctor will typically remove all common allergens from your diet and then slowly reintroduce them one by one to find the culprit.

In severe cases of EoE, all food may be removed from the patients diet, being replaced instead with a hypoallergenic amino acid based nutritional formula.

Medication to treat the infection is the prescribed treatment of infectious oesophagitis. Depending on the cause of the infection (bacterial, fungal or viral), the medication will vary.

There is currently no defined treatment for lymphocytic oesophagitis. Treatment instead focuses on limiting or managing symptoms, such as using proton pump inhibitor medications to reduce the intensity to ease heartburn, one of the most common symptoms.

Medications that control stomach acid, empty the stomach faster or reduce acid production may be prescribed or available over the counter. Antacids and over the counter medications are suitable for short term use, but long term treatment and management may require stronger or more specifically targeted medications as they may help reduce symptoms and allow the oesophagus to heal.

Lifestyle changes, such as losing weight, quitting smoking, eating a healthy diet, not laying down soon after eating, not eating before bed and raising the head of your bed may also help alleviate symptoms

If you have difficulty or pain while swallowing, experience heartburn or acid reflux, don’t ignore the symptoms. The easiest and most convenient way to schedule a medical appointment is to do it online with MyHealth1st.