What is the Difference Between a Strain and a Sprain? 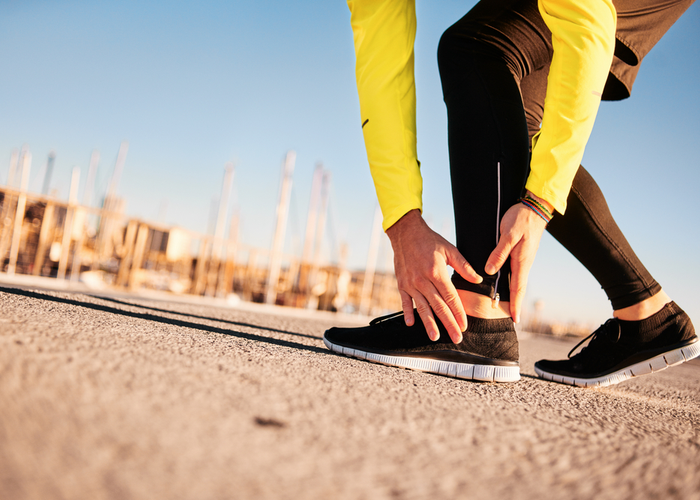 What is a Strain or Sprain?

While many people may use the two terms interchangeably and share many of the same symptoms and both refer to damage done to soft tissue, sprains and strains are different and as a result require different treatment and rehabilitation.

Strains most often occur in weight bearing or highly flexed muscles, such as the lower back, neck, calves, shoulders or hamstrings.

Sprains can occur in any joint, but are most typically seen in the ankles, wrists, knees and digits.

Both ligaments and tendons are made up of tough, flexible, fibrous tissue, however, the similarities essentially end there. Ligaments have a dense, criss-cross structure and serve to connect bones to other bones, lending stability and structure to joints. Tendons are flexible collagen bands that connect muscles to bones, allowing muscles to transmit energy to the bones to facilitate motion.

The size of tendons is directly related to their purpose, with load bearing tendons or those connected to large, powerful muscles typically being short and wide, and those intended for fine control, such as the tendons in the fingers being long and thin.

Soft tissue injuries such as strains and sprains are graded on a three point scale in regards to their severity:

Symptoms of a Strain

Depending on the severity of the muscle or tendon strain, the symptoms may vary but typically include:

Symptoms of a Sprain

Sprains are almost exclusively an acute injury so most symptoms have a sudden onset. The symptoms may vary depending on whether the affected ligament was simply overstretched or actually torn but typically include:

Get the help you need to return to full fitness and schedule an appointment to see a physiotherapist .

What causes a Strain?

Strains may be acute (sudden) or chronic (long term), so may be caused by a number of factors. Acute strains are caused by a single incident, such as lifting an object the wrong way, a sudden stop (whiplash, etc), overstretching in the case of a dancer, accelerating too quickly in the case of a running athlete, or impact.

Chronic strains are caused either by microtraumas resulting from repetitive motions, or improper ergonomics, such as long term poor posture or staying in an awkward position for long periods of time.

Some common risk factors for strains include:

What Causes a Sprain?

Sprains occur when a joint is overextended or otherwise stressed, causing an overextension or tear in the connecting ligament/s. Sprains are acute injuries and may be caused by a number of factors, including:

Treatment for Strains and Sprains

First and second grade sprains and strains may be taken care of at home utilising a system of treatment sometimes referred to as R.I.C.E. - R est, I ce, C ompression, E levation.

Over the counter pain relief medication, such as non-steroidal anti inflammatory drugs (NSAIDs) may also be used for pain relief.  Recent research, however, suggests that these should be delayed for the first 48 hours following injury.  The body’s natural healing process is the inflammatory process, and shutting this down too early with NSAIDs can be detrimental to long term healing.

Tendons and ligament injury may take a long time to heal. Physiotherapy may help in this process utilising a number of techniques, including guided exercises designed to strengthen the muscles around the affected area, taping or binding of the affected area for stability and support, or the use of specialist therapies such as TENS (transcutaneous electronic nerve stimulation), ultrasound or shockwave therapy.

The discomfort and disability caused by a strain or sprain can severely impact your ability to function normally, and a full recovery may take a long time. The fastest and easiest way to book healthcare appointments online is through MyHealth1st.

What is a Physiotherapist and When Should I See One?

Physiotherapists are Allied Health professionals specialising in the structure of the human body, it’s mobility and overall optimal function

Muscular and Joint Pain - Why Does Everything Hurt?

Muscular and joint pain, or body aches are a common symptom of many ailments and conditions. Pain can be caused by injury, strain, stress or by the body fighting off infection. When the body fights an infection like cold or flu, your immune system produces a number of chemicals that help fight the infection. One of these chemicals, prostaglandin, can cause aches and pains throughout the body as well as fever.

Everything You Need to Know About Chronic Pain

Chronic pain is common in Australia, with approximately one in five people over 45 (around 1.6 million Australians) experiencing the condition. People may think that the word “chronic” indicates that the pain is severe but this is not the case. Chronic refers to the duration of the pain.

Everything You Need to Know About Knee Pain

At some stage in their lives, nearly everyone will suffer some sort of knee pain or discomfort. In many cases this will be little more than a brief twinge caused by a bump, fall, sprain or other injury that rights itself within a few days or weeks at most. For some, knee pain will be an ongoing issue that will plague them for the rest of their lives.