Everything You Need to Know About Diverticulitis and Diverticulosis 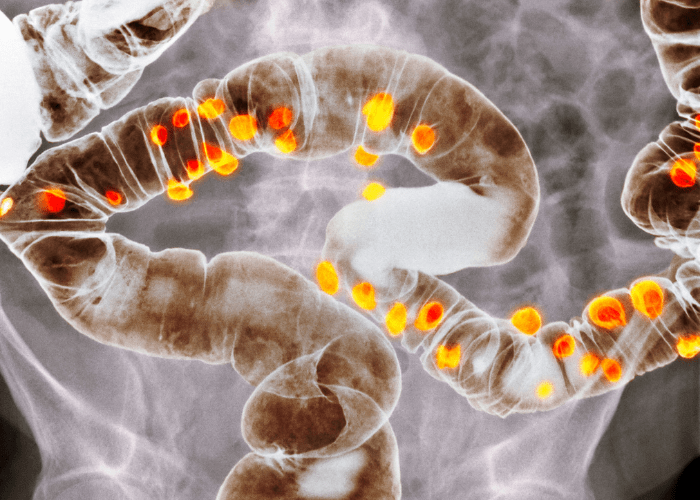 While age is one of the major contributing factors to the risk of developing diverticulitis, people of any age may develop the condition. It appears as though some people may be born with diverticulae or a propensity to develop diverticulae leading to them appearing in childhood. There also appears to be a correlation between childhood obesity and the early development of diverticulosis.

Studies show that diverticulosis has become more common since the dawn of the 20th century. It is also more common it Western countries, such as Australia, North America and much of Northern Europe, than it is in Asian countries and Africa. This has led to the theory that low fibre diets are a major contributing factor to the development of diverticulosis. This is supported by the fact that it appears that vegetarians are less likely to develop diverticulosis than the general public. In Asian populations the disease appears to be more common on the right side of the large bowel with the reverse being seen in Caucasians.

Diverticulosis is typically asymptomatic but some people may experience a number of symptoms, such as abdominal pain and bloating, diarrhoea or constipation, and even rectal bleeding/blood in the stool if the diverticula have formed near a blood vessel.

Diverticulitis is never asymptomatic but the symptoms themselves may vary from mild to severe. Common symptoms include:

In addition to the common symptoms of diverticulitis, a number of complications may arise if the condition is left untreated or the infection is severe. Only around 25% of people with diverticulitis develop complications, such as:

If you experience periods of abdominal pain and bloating, diarrhoea or constipation or have passed bloody stools, there’s no need to panic. While diverticulitis shares a number of symptoms with bowel cancer, it is a far more common condition.

Schedule an appointment to see a doctor to get tests and find out the cause of your pain. The fastest and easiest way to search for and book healthcare appointments online is with MyHealth1st.

Diverticulae form when pouches of intestinal tissue bulge outwards through the colon. The exact reason for this happening is unknown, but circumstantial evidence appears to show that it may be due to a lack of dietary fibre.

Dietary fibre helps stools remain soft and easily passes. If the diet does not contain enough fibre, the stool becomes hard and requires more pressure in the colon to pass. This additional strain is thought to cause the outer layer of the colon to give way as the inner layer is pushed through it forming a pocket somewhere between the size of a pea and a marble.

Diverticulitis occurs when one or more of these diverticulae become damaged or infected. This may occur when faeces or partially digested food either becomes trapped in a diverticulum or blocks the entrance to a diverticulum.

While the exact cause of diverticulosis is unknown, there are a number of risk factors that may increase the chance of a person developing diverticulae, including:

Depending on the severity of the diverticulitis, treatment may vary. Mild diverticulitis may be treated at home with antibiotics and a liquid diet until the symptoms subside. Serious diverticulitis requires medical attention and may even require hospitalisation.

Treatments for severe or acute diverticulitis include intravenous antibiotics, drainage of abscesses that may have formed and in some cases, surgery.

Depending on the severity and extent of the damage, there are two major types of surgery performed to treat diverticulitis.

In some cases, the colostomy may be a temporary measure, with the parts of the colon being reconnected and the stoma closed once the inflammation has subsided. In other cases not enough colon remains for resectioning so the colostomy will be permanent.

What is Bowel or Colorectal Cancer?

Bowel cancer is the third most common and second deadliest form of cancer affecting people, both men and women, in Australia. Also known as colorectal cancer, bowel cancer usually starts as growths called polyps in part of the colon, potentially becoming invasive cancerous cells if not treated.

Everything you Need to Know about Crohn’s Disease and Colitis

Both Crohn’s Disease and Ulcerative Colitis are classed as Inflammatory Bowel Diseases (IBD), lifelong gastrointestinal disorders that are prevalent in Australia and progressively becoming more common. Around 80,000 Australians currently live with IBD, and that number is expected to increase to 100,000 by 2022.

Diarrhea is typified by increased frequency of bowel movement and loose, watery stools. This is caused by the intestines not absorbing enough fluid, producing too much fluid or stool moving too quickly through the intestine for fluid to be absorbed. Acute diarrhea is the most common form, with bout usually lasting 1-2 days. Chronic diarrhea can last for 4 or more weeks and is often a sign of a more serious underlying illness.

Nausea and Vomiting - Why can’t I keep anything down?

What is a Nausea and Vomiting? Vomiting is the uncontrollable need to evacuate the contents of the stomach through the mouth. Nausea is the feeling of needing to vomit, even if you don’t vomit.  Vomiting is commonly known as throwing up, being sick or spewing.