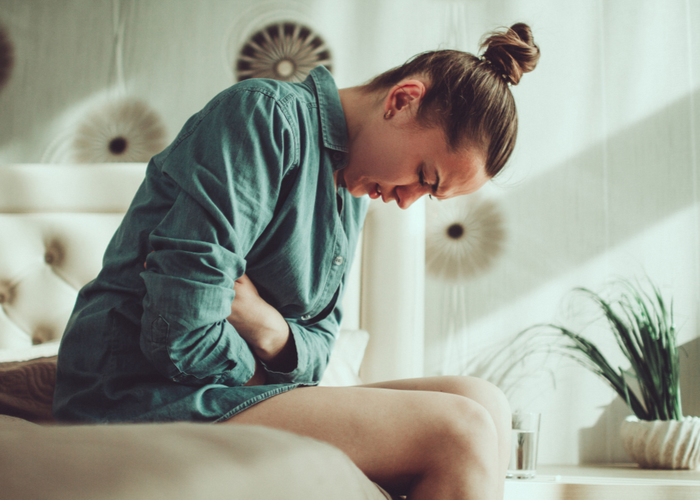 Gastritis is an inflammation, irritation or erosion of the lining of the stomach that can be caused by a number of factors . Rather than being a singular disease, gastritis is a condition that can have a number of causes. No matter the cause, one of the most common characteristics of gastritis is pain or discomfort in the upper portion of the abdomen. This is sometimes referred to as dyspepsia.

Depending on the cause of the inflammation, gastritis can be classified as chronic or acute, with the former being characterised by long term symptoms such as loss of appetite or nausea, and the latter by short term, severe symptoms lasting a day or two. Gastritis is a common condition, affecting roughly one in five Australians, typically between the ages of 15 and 50. Some people with the condition don’t display any identifiable symptoms.

Some forms of gastritis are significantly less common but can have much more severe symptoms. Erosive gastritis doesn’t typically cause much in the way of inflammation but can lead to bleeding or ulcers in the stomach. Chronic atrophic gastritis, a rare form of gastritis usually caused by the helicobacter pylori (H. pylori) bacteria is characterised by destruction of the mucosal barrier that protects the stomach and atrophy of cells in the lining of the stomach and can increase the risk of a person developing stomach cancer.  Pernicious anaemia (which is another gastric disorder), may be associated with chronic, atrophic gastritis.

In a number of cases, gastritis may be asymptomatic, but common symptoms experienced by people with acute and chronic gastritis include:

A number of different factors can cause gastritis, from bacteria to lifestyle and autoimmune diseases. Potential causes of gastritis include:

Helicobacter pylori infection is the primary cause of peptic ulcers as well as duodenal ulcers. Although some forms of gastritis can be controlled with diet, treatment should always be sought for H. pylori infection.

Autoimmune gastritis, otherwise known as pernicious anaemia, is a chronic autoimmune disease that can lead to B-12 and iron deficiency as well as anemia. Crohn’s disease can also lead to gastritis.

The fastest and easiest way to book a doctor’s appointment online is to use MyHealth1st .

Knowing the cause of your gastritis is the key to successful treatment. There are a number of diagnostic tests that may be required for a proper diagnosis, including:

Other tests may also be conducted, such as a barium meal and x-ray (a swallowed barium solution can help an x-ray show areas of potential concern) and ulcer breath tests.

Once the cause of the gastritis is pinpointed, a number of treatments may be recommended, including:

If you’re experiencing frequent bouts of indigestion, stomach cramps, nausea or a loss of appetite, it’s time to book an appointment to see a doctor to find out what is going on.