What is Multiple Sclerosis (MS)? 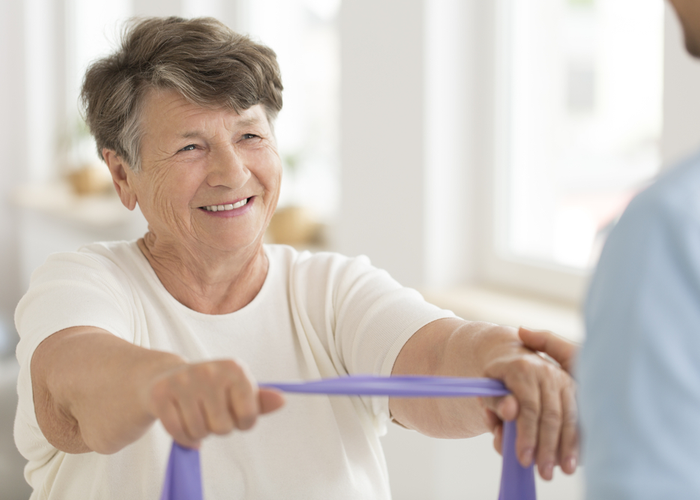 In a healthy body, nerves are insulated by a sheath of protective material known as myelin. This protective sheath allows for nerve impulses to flow freely between the body and the brain. Multiple sclerosis is a potentially debilitating disease that results from the immune system attacking the myelin sheaths around nerves, causing them to deteriorate, interfering with the transmission of nerve signals between the brain and body. Once the myelin sheath has been broken down, the disease can cause permanent damage to the nerves themselves, further impacting normal nerve function. Damage to the nerves causes swelling, lesions or scarring in the brain.

According to MS Research Australia , there are 25,600 people in Australia living with MS and it is far more common in women than men, with three quarters of all cases in Australia affecting women. The average age of diagnosis is between 20 and 40, however multiple sclerosis can affect people of any age. MS is the most common acquired chronic neurological disease in young people.

One of the major difficulties with multiple sclerosis is that every case presents and progresses differently. There are common symptoms, but they do not necessarily appear in all cases or with the same progression of symptoms. Often, patients initially present with mixed, non specific symptoms that resolve after a period of time. These periods of symptoms are often termed “attacks” and their features help in the classification of the disease in its early stages. This may assist doctors in developing a treatment plan for your symptoms.

Common symptoms may include:

While some of the symptoms can be very serious, people with MS experience nearly the same lifespan as the general public.

Importantly, while symptoms may vary between individuals with the disease, the frequency of attacks and the recovery rate allow the disease to be split into three categories or types.

Multiple sclerosis is classified as an autoimmune disease as it is caused by the body’s own immune system attacking the myelin sheaths around nerve fibres. The exact cause for this is unknown, but there are some suspected risk factors related to the disease that can increase the chances of it developing. These risk factors include:

The easiest and fastest way to book an appointment with a doctor online is with MyHealth1st.

Treatment for and Living With Multiple Sclerosis

Due to the wide range of symptoms and the different ways that the disease can progress, treatment for multiple sclerosis can vary wildly in terms of specific therapies, however in broad terms treatment is a two part process involving medication and physical therapy, the combination of which is implemented to alleviate individual symptoms and slow the progression of the disease.

Medication
Medications are used for both relieving symptoms and for slowing the overall progress of MS , with drugs referred to as “disease modifying therapies” being commonly used. These are medications that work by modifying the body's immune system, decreasing the frequency with which it inappropriately attacks its own cells. Immunosuppressive medications are also used for more severe forms of MS. These types of therapies are common for a range of autoimmune conditions and may be effective in controlling both symptoms and progression.

Steroidal medications are frequently used to reduce the severity of attacks or reduce swelling in affected areas. Other medications may be prescribed for individual symptoms, including muscle relaxants, pain relievers and medications for sexual dysfunction, fatigue, bladder and bowel control, insomnia, depression and more. The exact regimen of medications and their method of administration - pills, injections, IV - will depend on the severity and range of symptoms.

Physical and occupational therapy is used to teach exercises to strengthen limbs, regain balance or gait with the end goal being the maintenance of autonomy and normal physical function . These therapies can include training on use of tools or devices intended to optimise fine motor skills and function; the use of mobility aids and training on how to approach tasks in a different way to minimise pain and fatigue.

While medication and physical therapy are the front line treatments for MS, a change in diet and getting regular exercise can help maintain a healthy body and go some way to slowing the progress of the disease. Maintaining a regular exercise regime can strengthen the body, reduce muscle pain and weakness and is generally just good for health. Even if you have limited movement, low impact exercise such as swimming is still an excellent way to maintain health. Always consult a doctor before dieting, however limiting trans fats, saturated fats, highly processed foods, high sugar and high sodium foods is good for overall health.

May 30 is World MS Day , and to help spread awareness of the disease, MS Australia is hosting Facebook Live events and free webinars from the 27th May to the 30th. The earlier multiple sclerosis is diagnosed the more more quickly they can be controlled.

Everything you Need to Know about Crohn’s Disease and Colitis

Both Crohn’s Disease and Ulcerative Colitis are classed as Inflammatory Bowel Diseases (IBD), lifelong gastrointestinal disorders that are prevalent in Australia and progressively becoming more common. Around 80,000 Australians currently live with IBD, and that number is expected to increase to 100,000 by 2022.

Pneumonia is an infection of one or both lungs that causes inflammation in the alveoli (air sacs). The alveoli then fill with fluid or pus, making it difficult to breathe. Rather than having a single defined cause, multiple vectors of infection, including viral, bacterial and fungal can be responsible for causing a case of pneumonia. While pneumonia in itself is not contagious, a virus or bacteria that may lead to pneumonia can be infectious to others. Fungal infections that lead to pneumonia can be environmental, so while it can’t be spread from person to person, fungal pneumonia can appear in clusters.

Back Pain and Spinal Health: Common Conditions and Risks

At some stage in their lives, everyone will suffer some degree of back pain. For some this pain may be a brief twinge that rights itself within hours or a few days at most and for others it will be an ongoing pain that will dog them for the rest of their lives. Knowing the cause of the pain and getting suitable treatment can help improve your quality of life.

What is Palliative Care?