Why do I Have Tonsils and What is Tonsillitis? 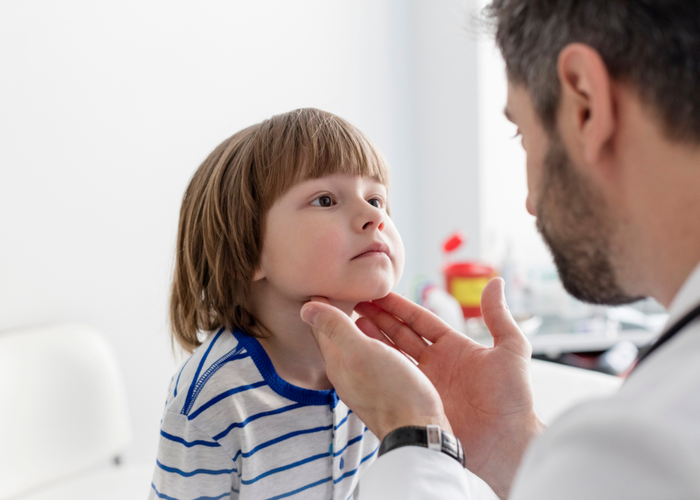 The tonsils are part of the lymphatic system, a collection of tiny drainage tubes and lymph nodes that help regulate the fluid balance of the body, react to infection, deal with cancer cells and more. Lymph nodes and other lymphatic structures including the spleen, thymus and tonsils contain special white blood cells known as lymphocytes that can grow and multiply very quickly in response to bacteria or a virus, helping to fight infection.

The palatine tonsils themselves are a pair of fleshy masses located at the rear of the pharynx (throat). Each of these masses is made from a similar material to lymph nodes and are intended to help fight both bacterial and viral infections.

Palatine tonsils  act as a frontline defence against viral and bacterial infections that enter the body through the mouth, either fighting the infection in the mouth or trapping the infectious material in endents on the surface of the tonsils known as crypts. They can vary greatly in size from person to person and swell with infection.

Tonsillitis is the infection and swelling of the tonsils due to viral or bacterial infection. The majority of infections are due to viruses, with only about 15% of tonsillitis being caused by bacteria.

Tonsillitis can develop in people of any age but is more common in children, as the tonsils are usually less susceptible in adults with fully developed immune systems.

In addition to the swelling of the tonsils themselves, tonsillitis can lead to a number of complications or secondary infections, including:

Depending on the severity of the condition and whether it is acute or chronic, tonsillitis can have a number of different symptoms, including:

Any viral infection can potentially cause tonsillitis, making it difficult to immunise a person against tonsillitis. Viruses that cause the common cold or flu can also lead to tonsillitis, so in these cases the person with swollen tonsils may also have corresponding cold and flu symptoms.

If your tonsils are inflamed and you need help, or you have a child with tonsillitis, the easiest way to find and book an appointment with a doctor is with MyHealth1st.

Do I Need to Have My Tonsils Removed?

Depending on the severity and frequency of the tonsillitis and any associated complications have their tonsils removed. This operation is known as a tonsillectomy and is performed by an ENT (ear, nose, throat) surgeon under general anaesthetic. The operation is generally quick and patients are usually able to go home the same day or the next morning.

A tonsillectomy may be recommended due to a number of factors, including:

While a tonsillectomy is generally safe, the tonsils have a substantial blood supply, so their excision has a risk of heavy bleeding. Removal of the tonsils doesn’t help reduce instances of viral or bacterial infection but eliminates the chance of the tonsils themselves becoming infected and inflamed.

Other Treatments for Tonsillitis

While there may be no way to immunise a person against tonsillitis, there are a number of ways to lower your chance of being infected.

If your tonsillitis is caused by a bacterial infection, a doctor may prescribe a course of antibiotics to fight the infection. With viral tonsillitis, antibiotics will have no effect so any medications are purely to relieve symptoms.

Drinking plenty of fluids and getting ample rest are two of the best home treatments available for tonsillitis. Eating soft foods that are easy to swallow can help minimise pain while the infection runs its course. Gargling with salt water can also help ease pain and speed recovery.

Fever: When the body runs too hot

What is a Fever? Normal body temperature for most people is 36⁰C to 37⁰C but can fluctuate between individuals or throughout the day. A fever occurs when body temperature rises higher than normal for an extended period of time.

What is a Sore Throat? A sore throat is just what it sounds like, a sore,painful, itchy or scratchy throat often accompanied by difficulty swallowing. A sore throat is also known as Pharyngitis - inflammation of the Pharynx (back of the throat).

What is a Headache? While a headache is casually defined as pain in or around the head, there are many different kinds of headaches. Each kind has its own symptoms, causes and remedies depending on the location of the pain, the severity, frequency and longevity.