Everything You Need To Know About Asthma 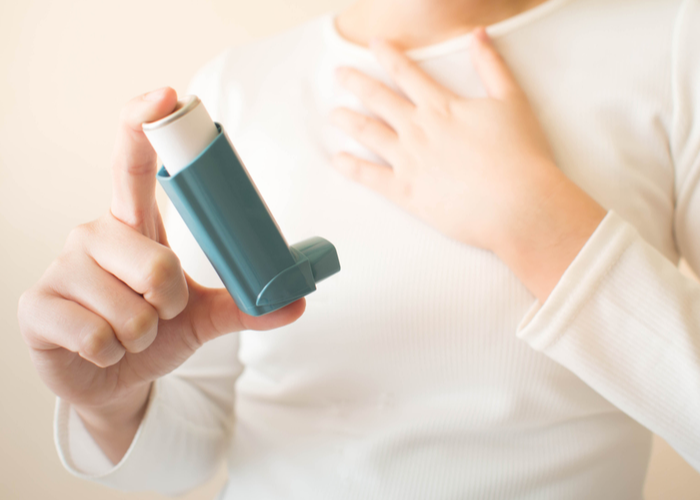 Asthma is a chronic medical condition that causes the airways to swell or narrow, causing difficulties with breathing. For some, the symptoms of asthma may be a minor nuisance and be triggered by very specific circumstances or factors, but for others asthma may be a life changing and serious condition.

Mechanically, a number of different things can happen inside the airways to cause the symptoms of asthma. The airways contain a thin layer of muscle. When this muscle tightens and contracts, the airway becomes narrower, making breathing more difficult.

The lining of the airways may also become irritated and inflamed. This inflammation narrows the airways, limiting the amount of air that can pass through. Finally, irritated tissue may also produce excess mucus, constricting the airways.

Any of these individual effects may cause the symptoms of asthma, or they may occur in combination during an asthma flare-up.

An asthma flare-up (sometimes referred to as an asthma attack) is when symptoms become more severe and require treatment to lessen. Flare-ups due to contact with a trigger, such as an allergen or a period of intense exertion typically come on fast, but if the cause is an illness the symptoms may worsen over an extended period of time.

Flare-ups may become serious if not treated early and may require the attention of a medical professional if symptoms become too severe.

Asthma is a very common condition in Australia, with around 2.2 million people living with some form of the disease. It is the most common childhood disease in the country, with around one in six children and one in seven adolescents being diagnosed with asthma.

The symptoms of asthma may vary from person to person in presentation, severity and duration. The type of asthma a person suffers may also be reflected in the way asthma presents. Common symptoms include:

Depending on the type of asthma, symptoms may become more pronounced or severe in certain situations, such as:

Asthma may become more serious with time due to exposure to irritants, genetics, lifestyle or poor asthma management. Signs that your asthma may be worsening include:

Due to a similarity in symptoms, such as wheezing, coughing and shortness of breath, Chronic Obstructive Pulmonary Disease (COPD) may be misidentified as asthma and vice versa. COPD is a blanket term for a number of respiratory diseases, including chronic bronchitis and emphysema.

The major point of difference between asthma and COPD is that there is no real known cause for asthma, whereas around 90% of COPD can be directly traced to smoking. The ages of diagnosis typically differ as well, with the majority of people with asthma being diagnosed as children, whereas the typical age at which COPD is diagnosed is over 40.

That said, around 40% of people with COPD also exhibit signs of asthma, due in part to both COPD and asthma becoming more common with age.

If you or your child experience difficulties breathing after exertion or because of allergies, you may need to see a doctor to be tested for asthma .

There is no exact cause of asthma currently known. Genetics appears to play a part, with people with a family history of asthma being more likely to have asthma than people without.

There also seems to be a correlation between a mother smoking while pregnant and a child developing asthma. Children exposed to cigarette smoke, industrial pollution, mould, or those born premature or with a low birth weight also appear to be more at risk of developing asthma.

Cigarette smoking may be a cause of adult onset asthma and obesity has shown to increase instances of asthma.

One theory known as the “hygiene hypothesis” postulates that modern society has become too clean, meaning that people aren’t exposed to many germs as a child. As a result the immune system may not be able to fight off the development of allergic disorders like asthma.

While there are no definitive causes known for asthma, it is most likely caused by a complex interaction of genetics and environmental factors. As such, there are a few recommendations when it comes to reducing the risk factors for developing asthma, the most important of them being, don’t smoke while pregnant or around children.

If you’re currently in lockdown or self isolating, you can make an appointment with the Virtual Respiratory Clinic for a consultation from the comfort of your home.

Living With and Treatment For Asthma

In Australia, treatment for asthma is based around the 6 Step Asthma Management Plan created by the National Asthma Council Australia . As the name suggests, this plan is broken into the following six steps:

The most common asthma medications are preventers and relievers. Preventers are used regularly to prevent the type of bronchial irritation or hyperactivity that leads to an asthma flare. Corticosteroids are the most common form of inhaled preventers.

Relievers are typically bronchodilators. These inhaled drugs help relax the muscles in the airways to relieve constriction.

Does My Child Have Croup?

Croup is the inflammation of trachea (windpipe), the bronchi (the airways to the lungs) and the larynx (voice box), most frequently due to a viral infection. This inflammation causes the airways to narrow and prompts the production of mucus, making breathing difficult and causing a harsh, barking cough.

Does My Child Have Bronchiolitis?

Bronchiolitis is a common form of chest infection in young children and babies that causes inflammation in the bronchioles, the small airways that branch off to the main airways, the bronchi, and connect to the alveoli (air sacs) in the lungs. This inflammation causes air to become trapped, reducing lung capacity, leading to difficulty breathing difficulties, coughing and wheezing.

What Is A Chest Infection?

A chest infection is any infection, typically bacterial or viral, that affects your breathing passages and lungs. The two most common forms of chest infection will affect the bronchi, large air passages that enter the lungs (bronchitis), or affect the alveoli, the small air sacs in the lungs

Chronic Obstructive Pulmonary Disease is a chronic (long term) condition causing inflammation in the tissues of the lungs that leads to obstructed airflow. Rather than being a single disease, COPD is an umbrella term for a number of conditions that lead to inflammation of the lungs, including emphysema and chronic bronchitis.