Everything You Need To Know About Bipolar Disorder 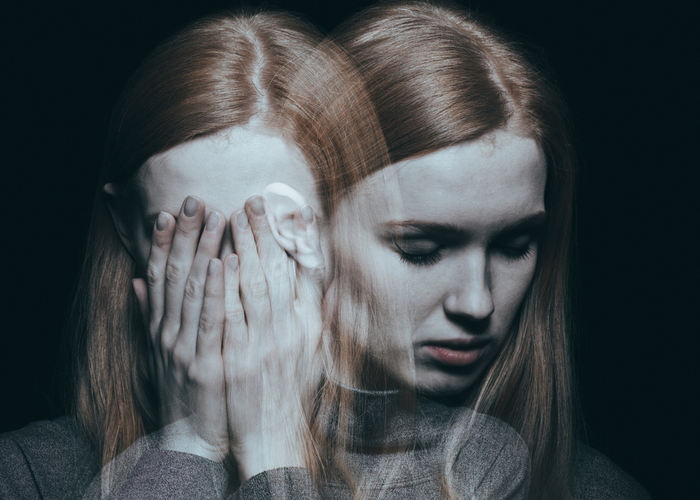 What is Bipolar Disorder?

Everybody has mood swings from time to time, but these swings in mood are usually caused by environmental or emotional stimuli. Bipolar disorder (BPD), formerly known as “manic depression” is a chronic mental health condition characterised by extreme changes in mood that can last for days or weeks at a time. A person with bipolar disorder cycles between periods of feeling very “high” or euphoric (mania) and extremely low periods (depression), often without an identifiable triggering event.

The exact cycle of mood changes varies from person to person. In some people changes in mood can last weeks or months, and in others the mood swings are shorter and more intense.

Symptoms of bipolar disorder usually first appear before the age of 20, with most people having their first manic or depressive event between the ages of 15 and 19. As depression is often the first symptom experienced by people with bipolar disorder (only about 25% of people experience mania as their first symptom of the condition), many people are initially misdiagnosed.

There are three recognised types of bipolar disorder, each characterised by the intensity and duration of mood changes.

People living with Bipolar I Disorder experience extreme manic (high) periods that are long lasting and can interfere with normal function, as well as depressive periods and possibly psychosis.

This form of Bipolar Disorder is not as severe as others with the mood swings generally being shorter and less severe.

People living with bipolar disorder experience symptoms of mania and depression at different stages of their cycle. No two manic or depressive incidents are the same but they share common symptoms.

Common symptoms of a manic episode include:

Common symptoms of a depressive episode include:

People with BPD experiencing a manic episode may also experience psychotic episodes, with symptoms including:

Mania or hypomania, depression and people with psychosis can all lead to marked changes in personality and behaviour.

The easiest way to book an appointment with a doctor for a referral, or with a psychiatrist for diagnosis is to search and book online with MyHealth1st.

As with most mental health conditions, the exact cause for bipolar depression is unknown. Genetics are known to be a major contributing factor to the development of BPD, with research indicating that around 80% of cases have a genetic link. This genetic link is hereditary, with people with a direct relative (sibling or parent) having a four to six times higher chance of developing BPD than those without.

One popular theory for the genetic cause of bipolar disorder is that people with the condition may have a genetic predisposition that makes it easy for neurotransmitters like serotonin and norepinephrine to be thrown out of balance causing the changes in mood.

Environmental factors, illness and stress have also been linked to the development of bipolar disorder. Stress is not known to cause BPD but can be a contributing factor or trigger for the onset of the condition. Many people with bipolar disorder find that learning to manage stress can help then reduce the frequency or relapse.

Each person living with bipolar disorder has individual triggers that can cause a relapse of manic or depressive symptoms, but some of the more common triggers include:

Bipolar disorder is a lifelong condition that cannot be cured, but through a mixture of lifestyle changes, medication and therapy, the intensity and duration of manic and depressive episodes can be reduced or controlled.

Depending on the type and severity of bipolar disorder a person experiences, they may be prescribed a number of different medications for mood stabilisation, to help control depressive episodes (antidepressants) or to control any symptoms of psychosis that may occur (antipsychotic medications). Depending on the frequency and severity of symptoms, medications may be prescribed for long term use or for short term help.

Psychotherapeutic techniques can help a person with BPD better manage their symptoms as well as alter or avoid triggers for relapse. Cognitive Behavioural Therapy (CBT) and psycho-education can help people living with bipolar disorder to regain control of their lives through a combination of challenging negative thinking and behaviour as well as helping people better understand their mental health condition, ensure that medications are taken to schedule and learn how to self manage symptoms and potential triggers for relapse.

Each person living with bipolar disorder may have specific lifestyle factors that contribute to recurrences of manic or depressive episodes that can be identified with the help of a medical professional, but outside of these specific changes there are still a number of things you can do to aid in control of symptoms, including:

If you need help dealing with mental health issues there are a number of quality resources online offering ideas and suggestions, including Beyond Blue , Lifeline , The Black Dog Institute and Reach Out .

You may approach your GP for a Mental Health Care Plan , that involves a referral to a mental health professional for a number of bulk-billable appointments.

What is a panic attack? A panic attack is a brief and intense feeling of terror or anxiety with corresponding physical symptoms of fear