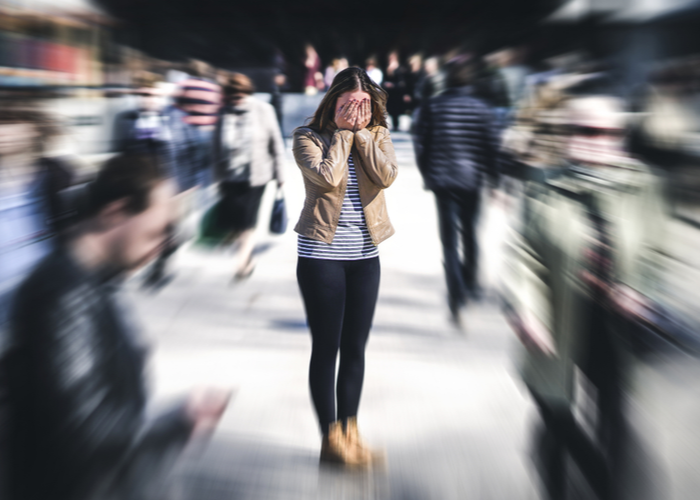 According to Beyond Blue , a panic attack is a common mental health condition with up to 40% of the Australian population experiencing one at some time in their lives . Attacks can be frequent and are almost always unexpected as they can be triggered in the absence of an external threat. Individual attacks themselves may last from a few minutes to around half an hour, but the lingering effects and emotional stress can last a great deal longer.

Without help, panic attacks can become debilitating, prompting people who suffer them to self-isolate, as a way of avoiding any potential triggers, or simply out of fear of having an attack.

What is a Panic Disorder?

While many people experience panic attacks under extreme stress or when suffering illness, people that have frequent panic attacks are considered to have a panic disorder. Panic Disorder is not as common as panic attacks but according to the Australian Psychological Society , around 5% of adults meet the criteria for having a panic disorder at some stage during their lives.

Women are more likely than men to develop panic disorders. The typical age of onset is around late adolescence to early adulthood, but panic disorders can manifest at any age.

No two panic attacks are the same, but people will typically experience a number of the following symptoms when an attack occurs:

According to the DSM-5, a panic disorder is diagnosed when a person experiences one or more panic attacks followed by an ongoing period of stress over the possibilities of these recurring, with a marked change in behaviour intended to prevent another panic attack, such as self-isolation.

If you are experiencing panic attacks, or are feeling anticipatory stress at the prospect of having more, consider doing some work with a professional . One of the easiest ways to find and book an appointment with a therapist is online with MyHealth1st.

Living with, and getting help for Panic Attacks

There are a number of approaches available for people experiencing panic attacks or a panic disorder, including psychological treatment as well as medication. Lifestyle changes, including improving sleep quality, exercise and avoiding stimulants can also aid in the treatment of panic attacks and disorders.

Psychoeducation around self-regulation ( mindfulness, breathing, muscles relaxation techniques ) and co-regulation (one-on-one resonance with another person- friend, partner or therapist) is important, as well as the ability to cultivate and grow self-compassion.

There are a number of other psychotherapeutic approaches to working with panic, including psychodynamic, solution focused, existential, narrative, Jungian and creative therapies.  Creative therapies are particularly helpful in going beyond the limitations of the mind, and connecting more fully with one’s psyche.

If you are experiencing panic attacks, or are feeling anticipatory stress at the prospect of having more, consider doing some work with a professional . Book an appointment with a therapist .

The fastest and easiest way to search for and book healthcare appointments online is at myhealth1st.com.au

The Link Between Mental Health and Physical Wellbeing

Our bodies and minds are intrinsically interconnected, with each supporting and influencing the other. When things become uncertain as they currently are, or there are many changes in a short period of time, we can often become easily dysregulated. Earlier unprocessed trauma can also impact one’s mental health and general well-being during this current uncertain climate.