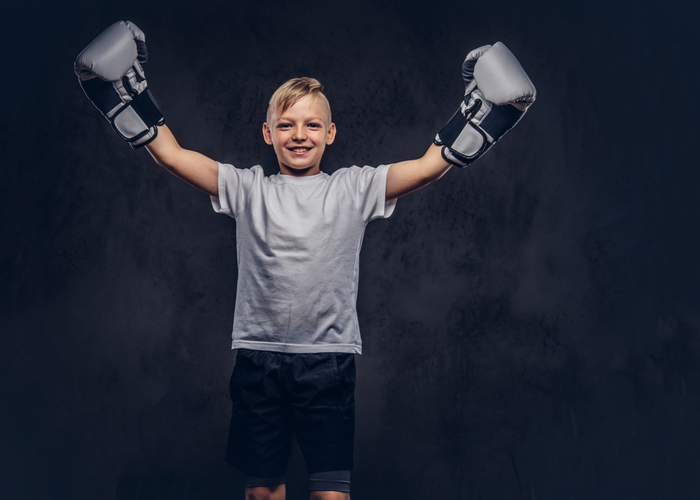 Thanks to groundbreaking research, Cure Cancer-funded cancer researchers have saved the lives of countless children. We hear from cancer survivor Alexander Kingsford on his experiences battling the disease as a young boy.

When seven-year old Alexander developed a temperature and an oddly swollen cheek, cancer was the last thing on his mum Lindy’s mind. Nonetheless, she decided to take him for a check-up at the local hospital where doctors carried out a series of blood tests.

‘The tests came back with some really strange results and immediately the doctors decided to transfer Alexander to Sydney Children’s Hospital for a bone marrow test. That’s when I started to think something might be wrong’, she says. Then came the news that no one had expected - Alexander was diagnosed with Acute Lymphoblastic Leukaemia (ALL), the most diagnosed cancer type in children which affects white blood cells.

‘It was a horrible, sudden, unreal shock for all of us’ says Lindy. ‘It was November and we were looking forward to the Christmas holidays ahead, and Alexander’s sister was going to start school after that. Before we knew it, our world had been turned upside down.’

Alexander’s treatment began almost immediately under the care of Cure Cancer Alumni Professor Glenn Marshall (funded in 1989,1990 and 1998), and the family had to quickly come to terms with the fact that Alexander would need to undergo two years of chemotherapy. ‘The first 8 months was IV chemo, which was particularly tough’ says Lindy. ‘We ended up spending a lot of time in hospital due to infections or chemotherapy side effects.’

Despite being diagnosed at a young age, Alexander remembers a lot from his hospital days and thankfully, most of his memories are positive ones. ‘The whole time I was in hospital I always seemed to be doing something creative,’ he says. ‘Once I was so bored I stole as many plastic forks, spoons and Styrofoam cups as I could find to create my own little paper town. Another time I formed a boy-band with some friends who were on the same ward. We were only together for an afternoon – the band had split by the end of the day! But we’d had such a good time that one of the nurses took a polaroid picture of us and put it on their wall of fame.’

Lindy’s memories of that period are more mixed. ‘There were fun times, but also tricky moments and sad times too. The first lot of therapy was tough. Alexander lost his hair, which coincided with him losing his front teeth – so that was a good look!’ says Lindy. ‘And of course there were moments when I’m sure he tested Glenn’s patience - finding the noisiest toy in the small consultation room, or wriggling and squirming through an examination pretending to be a snake or a superhero. But generally, he really toughed it out. He was such a good kid.’

After the first eight months of treatment, Alexander continued with daily oral chemotherapy and regular check-ups at hospital for the remainder of the two years, meaning he was able to return to school more regularly. However, it took another five years before Alexander and his family received the news they had been waiting for. ‘Glenn told us the amazing news that Alexander had been cured of ALL when he was twelve,’ says Lindy. ‘It was like an enormous weight was lifted. At that moment, it felt as if the future was open for Alexander to grow up to be the person he wanted to be; he was free to have the same hopes and dreams and plans for his life ahead that all young kids have. Words can’t express the happiness we felt.’

Whilst Alexander hasn’t experienced any physical long-term side effects from his illness, some mental scars remain. ‘Having cancer wasn’t easy and I can’t say it hasn’t impacted me. Even after remission, I’m always going to be associated with it’ he says. ‘I was diagnosed when I was really young and went through treatment in primary school, so I grew up with having cancer. Kids are kids and that meant I was an easy target for those who weren’t properly educated, especially with my shiny new head. Those memories are still painful.’

‘Nevertheless, I’m incredibly grateful that I came out the other side and I truly appreciate how lucky I am. Cancer certainly isn’t the end of happiness. It’s shaped me into the person I am today and I’m proud of that. Some of the best memories I have were in the hospital, and that’s what I chose to remember now.’

Today, Alexander is a happy young adult leading a busy, healthy life. ‘We both feel an incredible amount of gratitude to Professor Glenn Marshall,’ says Lindy. ‘Every time Alexander achieves something or hits a milestone, I feel that Glenn is part of that because he helped make it possible.’

Unsurprisingly, both Alexander and Lindy are now strong advocates for cancer research. ‘Forty years ago, a kid in my class at primary school was diagnosed with leukaemia and despite the best efforts, he tragically died within 6 months,’ says Lindy. ‘When Alexander was diagnosed in 2005 he was given a 75% chance of survival. In the 13 years since then, a child diagnosed with ALL - the same form of leukaemia as Alexander - has an 85% chance of survival. This wouldn’t have been possible without research. It’s exciting to see what advancements might be possible if we continue to support cancer research.’

‘Cancer is indiscriminate and it has a huge effect on everyone who is affected by it’ says Alexander. ‘I know firsthand how important it is to support cancer research. Let’s face it, without research and the work of Professor Glenn Marshall, I might not be here to tell my story today.’

To mark Childhood Cancer Awareness month, we celebrate the recent Australian research breakthroughs in some of the most life-threatening childhood cancers.

September marks Childhood Cancer Awareness Month. In Australia alone, nearly 1,000 children are diagnosed with cancer every year, which is why funding new research into all types of childhood cancer is so crucial.

A Closer Look at Neuroblastoma in Children

To mark Childhood Cancer Awareness Month, we’re taking a look at childhood cancer neuroblastoma and the groundbreaking research being carried out by NSW scientist Dr Orazio Vittorio that has the potential to change how neuroblastoma is treated globally.