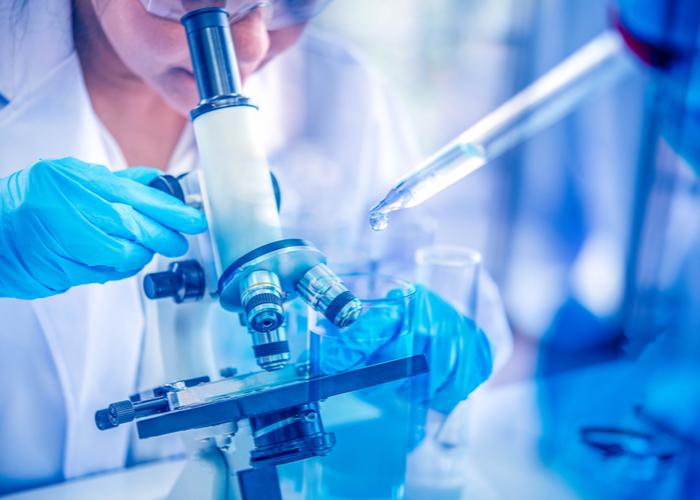 Cancer is a disease that affects over 18 million people worldwide annually. However, due to innovative and novel cancer research, the five-year cancer survival rate for patients has increased to 69% from 48% over the last 30 years.

Since 1967, Cure Cancer has raised $69.1m to support over 528 lifesaving research grants across all cancer types. Their scientists have gone on to become medical leaders on a global scale and their ground-breaking work has allowed them to change the ways in which cancer is diagnosed and treated.

We look at two of Cure Cancer’s alumni whose work has brought us one step closer to finding a cure. 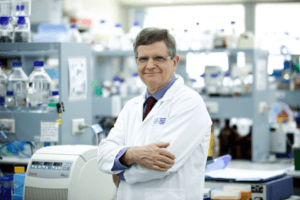 Professor Roger Reddel began his journey with Cure Cancer in 1992, when he received a research grant for his work in investigating the mechanisms that make cancer cells immortal.

The concept was a radical idea during that time, with only a handful of laboratories thinking immortalisation had any legitimacy but thanks to Roger’s work, it has become a mainstream notion since around 2000.

Currently, Roger is the Director of the Children’s Medical Research Institute and Head of its Cancer Research Unit, a Sir Lorimer Dodds Professor at Sydney Medical School , and also co-directs The ACRF International Centre for the Proteome of Human Cancer .

Roger’s laboratory at CMRI has made significant breakthroughs over the past two decades in the molecular genetics of cancer. Cells normally die, but when they don’t it is because of a process called ‘immortalisation’. This allows cancer cells to divide an unlimited number of times and his research strives to develop treatments that work by blocking immortalisation, and seeks to identify signs of cellular immortalisation for early detection of cancer.

The team has discovered a molecular marker for ALT and is developing a blood test to detect ALT-positive tumours. They have also identified molecular subunits of telomerase, which could lead to the development of better telomerase blockers.

“There are now clinical trials using telomerase blockers,” he says. “So in the near future, many patients may be able to benefit from this treatment. But if they have ALT, their doctors will know not to waste their time as it would be ineffective.”

His success in cancer research has been widely acknowledged with numerous awards and accolades. Roger was awarded the Ramaciotti Medal for Excellence in Biomedical Research (2007); was elected Fellow of the Australian Academy of Science (2010) and received the NSW Premier’s Award for Outstanding Cancer Researcher of the Year (2011). In 2017 the Royal Australasian College of Physicians awarded him the Neil Hamilton-Fairley award for his contribution to the study of cancer. 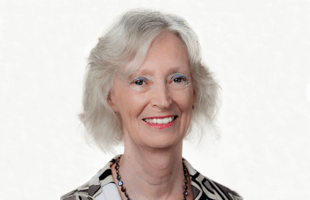 Since 1988, Professor Pamela Russell AM has received six Cure Cancer grants (then the Leo & Jenny Foundation), totalling $175,000. She is internationally recognised for her work on bladder and prostate cancer, two cancer types that affect nearly 20,000 Australians yearly. Her career highlights include the production of monoclonal antibodies against cancer and targeted nanoparticle imaging to improve diagnosis and staging of prostate cancer.

In addition to her revolutionary research, Pamela has helped to establish organisations which have had a significant impact on the oncology world, including the Prostate Cancer Foundation of Australia , the Australasian Genitourinary Oncology Group and the Australasian Urological and Prostate Cancer Clinical Trials Group. She is a member of the Australian Prostate Cancer Collaboration and has been involved with the Global Action Plan for Movember, bringing together expert clinicians and researchers around the world to make breakthroughs for treating advanced prostate cancer.

Pamela’s stature and resourceful knowledge has influenced the successful unit of the Australia Prostate Cancer Research Centre in Queensland, with many Cure Cancer funded researchers developing their projects there: Dr Jenni Gunter in 2013, Dr Brett Hollier in 2016 and A/Prof Jyotsna Batra a 2017 grant recipient, supported by The Can Too Foundation .

Having written over 200 papers for international journals, numerous books, chapters and conference papers, and holds 2 international and several provisional patents, Pamela’s experience over the years has proved a valued asset in the cancer research landscape. She collaborates widely within Australia and overseas, and to date has raised over $37 million in competitive grants and industry support, mentored 31 postdoctoral scholars, and helped to run 4 international conferences.

For her incredible work, Pamela was made a member of the Order of Australia in 2005, and received an Honorary Life Membership of the Prostate Cancer Foundation of Australia in 2006, an Honorary Life Membership of the Australasian Gene Therapy Society in 2009, the inaugural award for Prostate Cancer Researcher of the Year in 2010, and made Fellow of the Australian Academy of Health and Medical Sciences in 2015.

Pamela also served on the Medical Grants Advisory Committee for Cure Cancer for many years and was the Head of Biomedical Imaging and Prostate Cancer Models. Whilst Pamela is now retired, her vital contribution to cancer research will be significant for generations of scientists to come.

Without the support of generous donations, ground-breaking cancer research like Roger’s and Pamela’s would not be possible.

Make a donation to fund future researchers and help Cure Cancer make this the last generation to die from cancer: Donate

How you can help Cure Cancer this September

Spring always brings with it a sense of renewed hope and as we enter into September, some of us may be looking at ways we can ‘give back’ following the challenges so many of us have faced in 2020.

A Closer Look at Men’s Cancers

In the same way that some cancers only affect women, there are also cancer types that are specific to men. Here, we take a look at what they are, common symptoms and the risk factors that may predispose you to them.

In the same way that some cancers only affect women, there are also cancer types that are specific to men. Here, we take a look at what they are, common symptoms and the risk factors that may predispose you to them.