What is Auriculotemporal Syndrome (Frey Syndrome)? 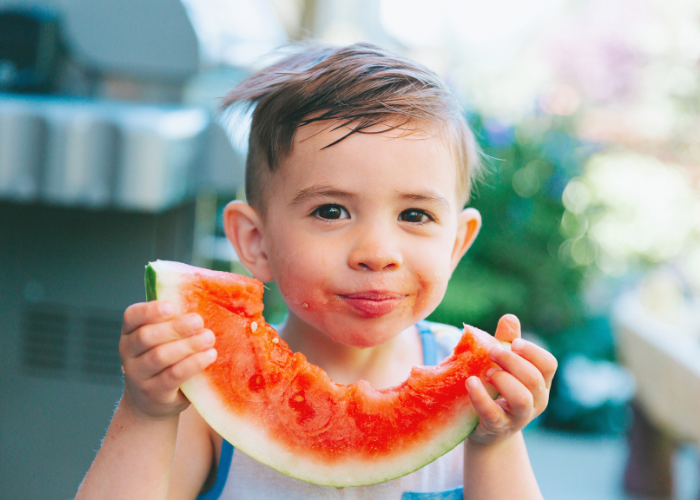 What is the Auriculotemporal Nerve?

The auriculotemporal nerve runs along the upper part of the mandible (lower jaw) and branches off from the hinge of the jaw in front of the ear. The nerve serves a number of purposes, including supplying the external acoustic meatus (ear canal), the external side of the tympanic membrane (ear drum), the auricle (the outer ear) and the temporal skin (the skin on the side of the head).

What is a Parotid Gland?

The parotid glands are the two major salivary glands in the mouth. Each person has two parotid glands - one on each side of the mouth - located at the back inside of the cheek below and in front of the ear. These glands secrete saliva to aid chewing, swallowing and digestion. In addition to being produced while chewing, salivary glands may also be activated in preparation for eating, that’s why the thought of a delicious meal may literally cause your mouth to water.

What is Frey Syndrome?

There are few people that haven’t experienced the “meat sweats” after eating a steak, or have had to mop their brow after eating a spicy curry or dish containing hot chillies. While sweating and eating is quite normal, for some people, the smell or even the thought of food may cause not only sweating but a flushing (reddening) of a line of skin on one side of their face.

First identified in 1923 by Polish physician Lucie (Lucja) Frey, Frey syndrome (Frey’s syndrome), also known as auriculotemporal syndrome, gustatory sweating, gustatory hyperhidrosis or Baillarger Syndrome is a condition that sees the areas of the head that are enervated by the auriculotemporal nerve becoming flushed due to gustatory stimulus. This stimulation is typically taste or smell, but in some cases, the thought of taste or smell, or sense memory may also trigger the response.

Frey syndrome is not dangerous but for many people it can be distressing or cause emotional pain due to the highly visible nature of the flushing and sweating combined with how easily it may be triggered. The condition may affect people of any age but it is more common in adults than it is in children.

What are the Symptoms of Auriculotemporal Syndrome?

The most characteristic symptom of gustatory sweating is just that - excessive sweating, typically on one side of the face, along the jaw and cheek, around the ear and up to the forehead. This sweating may also appear in conjunction with flushing and a feeling of heat or warmth in the affected areas.

Some people complain of pain during the reaction, but it is believed that this is related to the damage that may have been done to the auriculotemporal nerve or the parotid gland rather than to Frey syndrome itself.

If you or your child experience excessive sweating or flushing on one side of your face while eating, it may be a sign that you have Frey syndrome.

Schedule a consultation with your GP to have the condition properly diagnosed and treated.

The fastest and easiest way to search for and book healthcare appointments online is through MyHealth1st.

This damage may be caused by a number of different factors but the end result is the same, the nerves servicing the parotid gland and the auriculotemporal nerve becoming intertwined in some way. Possible causes of Frey syndrome include:

In children, the most common cause of Frey syndrome is due to damage done to the auriculotemporal nerve during forceps delivery. It is believed that around 50% of all cases of Infantile Frey’s syndrome are due to damage caused in this manner.

Although damage to the nerves is far and away the most common cause of Frey’s, it may take years for the nerve integration to take effect and the symptoms to show.

In most cases of gustatory hyperhidrosis, treatment is only necessary to alleviate the social stigma that may be caused by the flushing and excessive sweating it causes.

In children, Infantile Frey syndrome may spontaneously resolve, meaning that in many cases no treatment will be required. In cases where treatment is required, it may take the form of localised botulinum A (Botox) injections, laser therapy or even cosmetic treatment to hide the flushing.

In adults, treatment for auriculotemporal syndrome typically follows a number of stages, with people living with Frey’s progressing through the steps until they come to a treatment that gives lasting results.

What Is Shingles and Am I at Risk of Getting It?

Shingles is a painful viral disease caused by the varicella-zoster virus (vzv), the same virus that causes chickenpox. Shingles only occurs in people who have had chickenpox as the varicella-zoster virus remains dormant in the nerves of someone who has had chickenpox, allowing it to reactivate. Shingles presents as a group of painful blisters, usually in a concentrated area on one side of the body, most commonly the face, back chest or abdomen. The pain often develops before the blisters.

Everything You Need to Know About Diabetes

Diabetes is the name given to a number of conditions that lead the body to be unable to properly regulate the levels of glucose (a kind of sugar) in the blood. Glucose is meant to be transformed from sugar to energy, but people with diabetes can’t do this efficiently, leading to high blood sugar levels known as hyperglycemia.

Gastritis is an inflammation, irritation or erosion of the lining of the stomach that can be caused by a number of factors. Rather than being a singular disease, gastritis is a condition that can have a number of causes. No matter the cause, one of the most common characteristics of gastritis is pain or discomfort in the upper portion of the abdomen. This is sometimes referred to as dyspepsia.