What is Bowel or Colorectal Cancer? 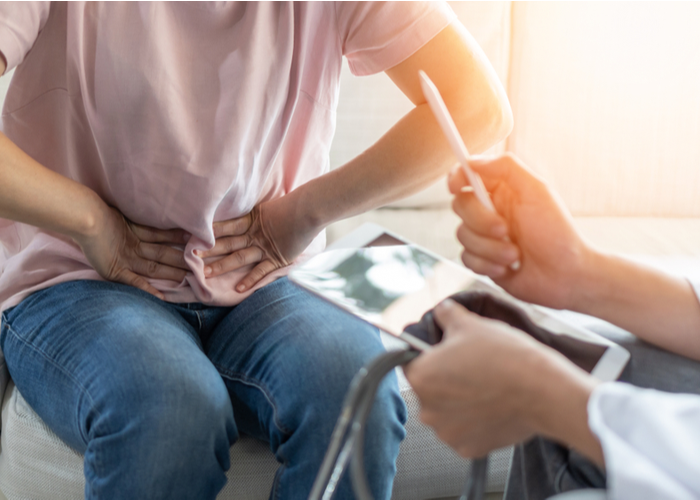 Bowel cancer is the third most common and second deadliest form of cancer affecting people, both men and women, in Australia. Also known as colorectal cancer, bowel cancer usually starts as growths called polyps in part of the colon, potentially becoming invasive cancerous cells if not treated.

The resulting cancer can affect the colon (the large bowel or intestine) or rectum (the part of the large intestine that terminates in the anus), and the specific location of the cancer determines whether it is classed as colon or rectal cancer. 67% of colorectal cancers are colon cancers and the other 33% are found in the rectum.

According to Bowel Cancer Australia, on average each year, over 15,000 Australians are diagnosed with some form of colorectal cancer and over 5000 will lose their lives to the disease. Men and women are both at risk of developing bowel cancer, with men accounting for 55% or cases and women 45%. Your chances of developing bowel cancer increases with age, but that doesn’t mean that younger people should not be concerned about the health of their bowel.

The early stages of colorectal cancer may be asymptomatic, but there are a number of potential bowel cancer symptoms, including:

As with many cancers, the underlying cause of the disease is genetic, in that it causes changes to the genes that control the way healthy cells function, causing them to divide uncontrolled or become irregular in some other way. While there may not be anything that can be pointed to as an absolute cause of colon or rectal cancer, there are a number of risk factors that can significantly increase your risk of developing colorectal cancer, including:

This test, known as an iFOBT (immunochemical Faecal Occult Blood Test) detects whether there is a presence of blood in fecal matter. The tests can detect minute traces of blood in the stool samples, allowing for early detection even though you may have no symptoms. As bloody faeces can be a symptom of many conditions, further testing is required after the at-home test.

Any Australian citizen aged between 50 and 74 are eligible for the National Bowel Cancer Screening Program , and once registered, will receive a free test kit every two years. When these kits arrive, people are required to collect two stool samples taken within a maximum of three days from each other and then send the samples for testing via the post. All this probably sounds somewhat unpleasant, but when weighed up against the possibility of dying, collecting a stool sample every two years is not that big a deal.

If the home test shows evidence of blood in the stool samples, then more testing by a doctor will be necessary to determine if the bleeding is caused by colorectal cancer or another condition. This tests may also include:

The easiest and fastest way to find a doctor and book an appointment online is with MyHealth1st .

If you have been diagnosed with bowel cancer then there are a number of possible treatments depending on how early the cancer was detected, the location of the cancer, the size of the tumours, the type of cancer cells and whether there are tumours outside of the bowel (including the lymph nodes).

In most cases, surgery will be a primary treatment. The affected region will be removed and the remaining bowel will be joined together. The lymph nodes near the bowel may also be removed, as cancers primarily spread via the lymphatic system.

If the two open ends on the colon can’t be joined together after the cancer is removed an opening, known as a stoma, is created to allow waste to be passed from the body. The result is called a colostomy and requires a bag to be attached to the stoma to collect the waste. Depending on how the colon heals, a colostomy can be reversed, but in many cases it is a permanent condition.

If you have a family history of bowel cancer, have noticed a change in your bowel habits and movements or are over 50, don’t wait to get tested. Contact the National Bowel Cancer Screening Program for your free at home test, or book an appointment to see your doctor.