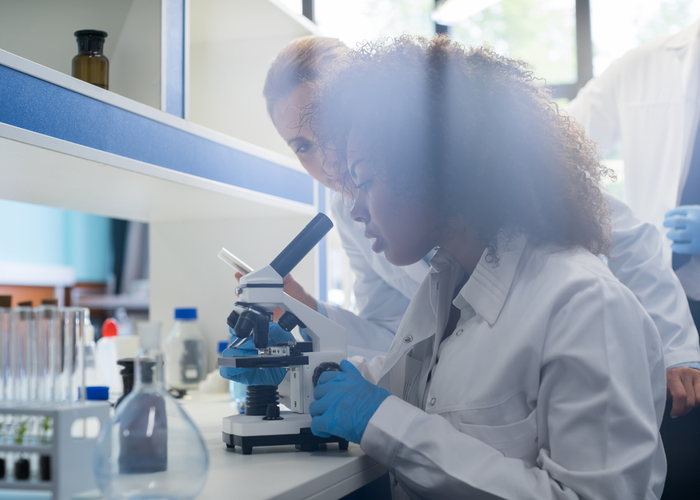 Launching on 7th September, Women’s Health Week is dedicated to improving and raising awareness for women’s health. As part of this week, we look at some of the different cancer types that affect women in particular, and how Cure Cancer funded scientists are developing novel approaches to treating them.

In 2020, 68,754 Australian women are expected to be diagnosed with cancer. Whilst there have been significant improvements in early detection, diagnosis and treatment, cancer remains one of the leading health issues facing women today.

In Australia, ovarian and endometrial cancer represent the most lethal and common gynaecological cancers.

Based at the QIMR Berghofer Medical Research Institute, Dr Tracy O’Mara is one of the Cure Cancer funded alumni specialising in gynaecological cancer. After being awarded an NHMRC Early Career Fellowship (2016-2019), she has focused her research on the discovery of genetic variants that predispose women to endometrial cancer (cancer of the uterus lining). 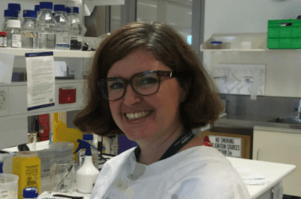 Tracy’s research sees her combining genetic data from both diseases to detect changes in genetic sequences that predispose women to them . Her preliminary analyses have discovered several genetic markers that are significant for both diseases. Based on this work, Tracy was selected as a semi-finalist for the Charles J Epstein Award for Excellence in Human Genetics Research at the 2018 American Society of Human Genetics Annual Meeting in San Diego.

Recently, Tracy piloted the largest genetic study of endometrial cancer, identifying 16 genetic markers which predispose women to the disease. With a fervent interest in cross-cancer studies, she also aims to examine the identification of genes that could be targeted using existing drugs or are suitable for new drug development to provide new treatment options available to gynaecological patients.

Additionally, she heads the Endometrial Cancer Association Consortium, which holds data and genetic samples from more than 12,000 endometrial cancer patients from seven countries including Australia, United Kingdom, and the USA.

Tracy continues to develop her ovarian and endometrial cross-cancer research and hopes that the net result will be more effective treatment and new drugs. “The work will provide the foundation for us to discover genes that reduce cancer risk and provide potential targets for drug repurposing, using medications currently in use to treat other diseases,” she says.

Awarded Cure Cancer’s 2020 Researcher of the Year , Tracy views her Cure Cancer grant as a significant professional achievement that has allowed her to form a solid foundation for her work. “I feel fortunate to be able to pursue novel research in an area I’m passionate about, which wouldn’t have been possible without this grant,” she says. “It’s so important to back early-career researchers. We’re the future! Young researchers have some incredibly interesting and novel ideas which can really drive change.”

Tracy’s research grant is co-funded by Cancer Australia through the Priority-driven Cancer Support Scheme. Her second year is 50% funded by The Can Too Foundation.

Breast cancer occurs when abnormal cells in the breast grow in an uncontrolled way, and can start in the ducts or the lobules (milk sacks) of the breast. Cancer which remains in the ducts or lobules is called non-invasive breast cancer. If the cancer spreads, it becomes invasive cancer.

Breast cancer can occur in both males and females but is far more common in females. It is estimated that in 2020, 19,974 new cases of breast cancer (167 males and 19,807 females) will be diagnosed, making it the most diagnosed cancer in Australia.

Dr Prahlad Raninga is a Post-Doctoral Research Officer at the QIMR Berghofer Medical Research Institute in Brisbane. Born and raised in India, he completed a Bachelor’s degree in Pharmacy before relocating to the UK to study for his Master’s in Cancer Biology. 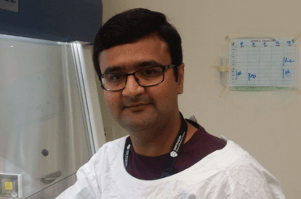 “These tumours don’t express hormone receptors like other types of breast cancers and therefore can’t be treated by anti-hormone therapies. The mainstay of treatment is chemotherapy, which triple negative patients respond to initially. But the disease then relapses within a short period and doesn’t respond to the same treatment again.”

Patients have a mutation in a gene known as TP53 and at present, no targeted therapies are currently available for forms of triple negative breast cancer associated with mutant forms of this gene. “We identified a gene which is amplified more in mutant p53 triple negative breast cancer and a specific inhibitor which selectively kills mutant cells. I’m testing the anti-tumour activity of the inhibitor alone and in combination with other drugs to target the disease.”

His results have already shown that the discovered inhibitor reduced cancer growth in various pre-clinical models as well as primary tumours. “These findings will lead to more investigation and a drug in clinical trial,” he says.

For Prahlad, the Cure Cancer grant has been a vital milestone in his career, allowing him the opportunity to further develop his ideas in breast cancer research. “I’d like to express my sincere gratitude to donors and fundraisers for their generous support of Cure Cancer and early-career researchers like me. Without you we’d never be in a position to conduct research that can make a significant contribution to the wellbeing of cancer patients. You encourage and motivate us.”

Prahlad’s 2019 research grant was funded by Cure Cance r and The Can Too Foundation.

To support cancer researchers like Tracy and Prahlad, make a donation this Women’s Health Week and help Cure Cancer in their mission to make this the last generation to die from cancer.

A Closer Look at Gynaecological Cancers

As this Women’s Health Week, we’re taking a look at gynaecological cancers and the novel research into ovarian and endometrial cancer being doing by one amazing female researcher.

Cancer is a disease that we’re all aware of, but until you or someone close to you receives a diagnosis, you may not be familiar with exactly what cancer is, why it happens and the risk factors that may predispose you to it.

How you can help Cure Cancer this September

Spring always brings with it a sense of renewed hope and as we enter into September, some of us may be looking at ways we can ‘give back’ following the challenges so many of us have faced in 2020.