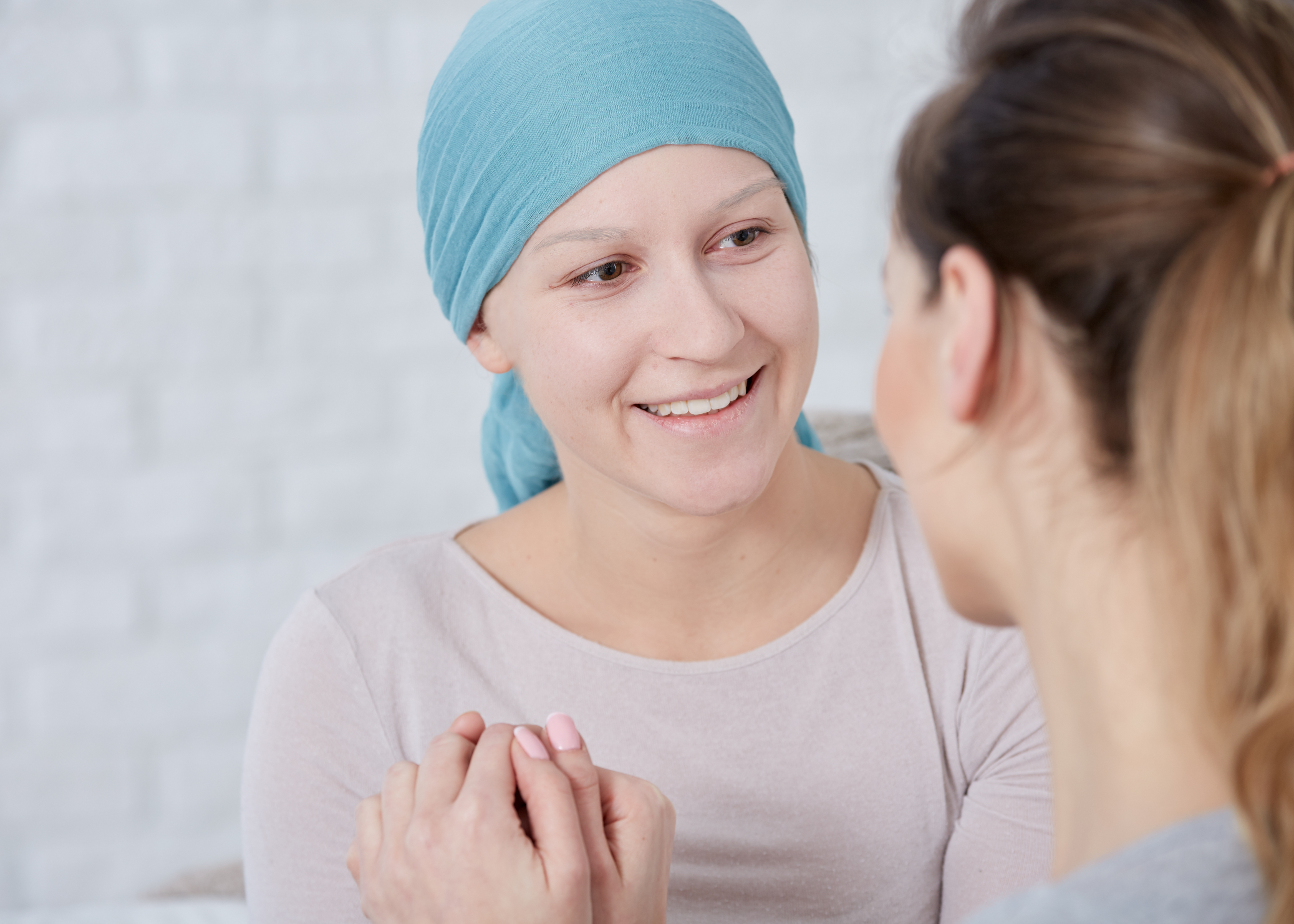 Brain cancer patient Jess Guthro and researcher Professor Brian share their experiences  with brain cancer and how research has improved methods for fighting the disease.

Affecting nearly 2,000 Australians every year, brain cancer occurs when abnormal cells in the brain grow in an uncontrolled way to form tumours. Whilst it’s one of the rarer cancer types, brain cancer is also one of the deadliest, with patients only having a 22% chance of surviving five years post diagnosis.

Jess was only 35 years old when she was told she had brain cancer. ‘I’d had a few headaches leading up to the seizure, but no more than anyone else,’ says Jess. ‘The next thing I knew, I was waking up in Winnipeg Health Sciences to a doctor telling me they had found a tumour.’

Although the news came as a shock, Jess wasn’t initially concerned by the diagnosis. ‘The doctors played it down, telling me it was something called oligodendroglioma. They sent me home to my cousin’s place with some anti-seizure meds and I did my best not to google it.’

Two days later, Jess and her family attended a follow-up appointment with a neurosurgeon in Winnipeg, armed with a long list of questions. ‘The doctors there were great. But even after that appointment I still don’t think I fully understood how uncool it was, or even that it was cancer. I knew I’d have surgery. But then I thought it would all kind of go away.’

It wasn’t until she was back in Australia under the care of Royal Melbourne Hospital that Jess started to understand the seriousness of her diagnosis. ‘They confirmed that I had Oligodendroglioma Stage 2, left prefrontal cortex. I did a bit of research and at my next appointment with my neurosurgeon Kate Drummond, she asked me if I had any questions. I said, ‘So in some of your articles you say your patients typically only live 10 to 15 years…’ and she went ‘Yep?’. That was when I first realised that it was a big game-changer and didn’t just mean a surgery. I think I was expecting her to say ‘Oh haha but that isn’t you! YOU will live forever.’ It was a really rough day for all of us.’

Jess’s surgery removed 95% of the tumour, but her outlook had changed. ‘I get it now, if you’re going to have a brain cancer, this is the one you want,’ says Jess. ‘But I really felt that the doctor I’d seen in Canada had made it seem like it wasn’t a big deal. I wasn’t worried about the operation, I trust science…but then the reality sank in. I’ll die when my son is a vulnerable teenager, our vision of doing our house renovation in 5 to 10 years is a long shot, being excited about relaxing in later life is not a thing anymore. I’ve got a history of anxiety and depression which has been under control for a decade or so, and all that came crashing back down. Having no certainty of the future is really hard to tolerate.’

The emotional challenges have been Jess’s biggest struggle. ‘The doctors describe this time as ‘watch and wait’. And I hate that because that word ‘wait’ feels like a reminder that a bad thing is coming. I want to punch the well-meaning friends and medical people who say things like ‘just live each day as it comes’. I know there’s no malice in what they’re saying, but what’s that supposed to mean? Be naïve?’

‘Other times, I’m OK. Sometimes it’s like I forget about it, and that can be a nice holiday. But it’s tough too as it’s further to fall when you remember the terrible truth. Generally, I’m way better than I was a month ago, which was better than the month before that. Let’s call it an upward trend.’

Now more than ever, Jess (who also lost her mum a few years ago to lung cancer) is an advocate for cancer research. ‘I have always loved science, and cancer research has obviously had a lot more of my attention this year. I already know that it gave Mum and countless others extra time and comfort that they wouldn’t have had 50 years ago.’

‘Research is at the forefront of creativity and science. It changes people’s lives - and saves them sometimes too. Without it we wouldn’t move forward.’

Professor Bryan Day is at the forefront of improving outcomes for patients like Jess. Based at QIMR in Brisbane, Bryan received his first Cure Cancer grant in 2012, and another in 2015 to 2016. Today he’s the Group Leader of the Sid Faithfull Brain Cancer Lab – an exceptional accomplishment in his career thus far.

Last year, Bryan and his team brought their findings to clinical trial. They aim to model glioblastoma heterogeneity and identify mechanisms that promote tumour recurrence. Why? Because some brain tumours, like gliomas, can recur and increase to more serious grades.

‘My lab's devoted to developing individual therapies for brain cancer sufferers because the current prognosis and treatment are simply unacceptable. There haven’t been significant improvements for these patients in three decades!’ says Bryan. ‘While these are exceedingly complex cancers, the problem is not unsolvable. Together we can make a remarkable impact by funding critical research now.’

While breakthroughs don’t happen every day, that’s not a reason to give up.

So many patients are holding onto hope. Brain cancer is the leading cause of cancer burden in children too. 100 children under 15 are diagnosed with a malignant brain or central nervous system tumour every year in Australia.*

But this doesn’t have to be the case. Every cancer matters, including the rare ones.

Donate today and help Cure Cancer and their researchers make a difference for patients like Jess.


Australian Institute of Health and Welfare

Philanthropists Collaborating for a Cure

There are more than 200 cancer types that can affect humans and Cure Cancer are determined to find a cure for all them. We know research is the key to a cure. But research can’t happen without you.