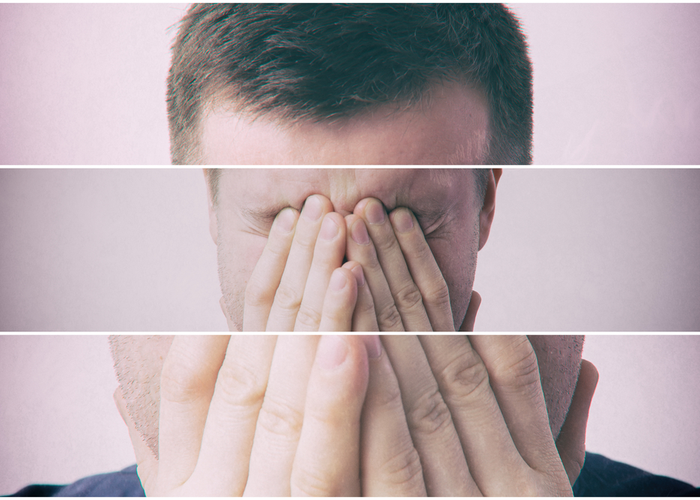 It’s normal for people to experience feelings of fear, worry, sadness and anxiety after experiencing trauma, and it is important that support exists to help process these emotions. If the feelings persist, it may be a sign of PTSD. Sometimes the initial reaction to a trauma is shock, followed by high functioning (or addictive behaviour including substance abuse) with the emotions buried deep inside. These emotions can eventually surface showing signs of PTSD.

A traumatic event can include sexual assault, domestic violence, war, torture, serious accident, fire or other natural disasters. Military combat is the most common cause of post traumatic stress disorder in men. Developmental trauma is a term particularly used to describe childhood trauma such as physical, emotional or sexual abuse and neglect.

According to Beyond Blue , around 12% of Australians will experience PTSD during their lifetime.

Experiencing trauma first hand can be a direct cause of post traumatic stress disorder. Additionally, witnessing a traumatic event or being in the role of having to pick up the pieces afterwards, emotionally or even physically (in the case of emergency personnel) can also be a cause of PTSD (this is known as vicarious trauma).

Symptoms of PTSD are typically grouped into four categories or groups of symptoms - re-experiencing the trauma, avoiding reminders or the traumatic event, negative changes to personality, thoughts and mood, and constant feelings of being on edge or aroused.

People living with PTSD will often re-experience their trauma in some manner. Symptoms include:

Avoiding Reminders of the Traumatic Event

Any number of things could remind someone of their traumatising event, including:

Changes to personality, mood and thoughts

People living with PTSD may display changes in the way they think or react to things as well as show changes in personality, including:

Feelings of Being “Wound Up” or Aroused

People living with post traumatic stress disorder often display symptoms of being “wound up” and quick to negatively react:

People living with PTSD may also experience anxiety, panic attacks or depression, and may also abuse alcohol and other drugs as a way to cope.

The symptoms of post traumatic stress disorder in children can vary from those in adults and may include:

A traumatic event that leaves a person feeling helpless or hopeless can lead to post traumatic stress disorder. Like a number of other mental health conditions, there do appear to be elements of genetic predisposition when it comes to developing PTSD, but these genetic factors only increase the possibility of trauma leading to the disorder. Previous exposure to trauma and a history of other mental health conditions such as anxiety or depression can also increase chances of a traumatic event leading to PTSD.

For some, the events that caused the trauma were prolonged, such as ongoing abuse, imprisonment or torture, whereas for others a single event, such as a terrible accident or natural disaster may have been the cause.

Traumatic events do not have to be directly experienced to cause PTSD - indirect exposure, including seeing or reading reports of multiple traumatising events can also lead to the disorder – for example, a number of moderators employed to keep violent and sexual content off Facebook and YouTube display symptoms of PTSD .

Although any traumatic event can be a cause of post-traumatic stress, some of the more common triggers include:

Most people who display symptoms of post-traumatic stress disorder recover without the need for professional help within a few weeks, either on their own or with the help of a support network. As such, treatment for PTSD usually doesn’t start until around two weeks after the traumatising event.

A number of treatments, both psychotherapeutic and medicinal can be used to treat PTSD. These treatments include:

It is important to note that people will often push their traumatic experience out of their conscious awareness, as a way to function and cope. Over time, these repressed experiences and emotions can translate into difficult behaviour and painful emotions (and in serious cases can lead to substance abuse, addictions and self-harm). If things feel a bit off, for example, if you are suddenly crying every day or prone to raging bursts of anger that come out of the blue, you may want to consider seeking some support through therapy.

If you’ve experienced a traumatic event or think you may have experienced developmental trauma in childhood, consider seeking support.

If you would like to book a doctor’s appointment for a mental health care plan, or would like to find a psychologist , psychotherapist or counsellor to help support your mental health, an easy accessible way to do this is to book online via MyHealth1st .

Mental Health in the Time of COVID-19

The physical health impacts of the novel Coronavirus (COVID-19) pandemic are well known, as is the economic impact. Mandatory working from home, social distancing, the closure of businesses and cutting of jobs are all a tangible effect of the pandemic. Something less visible is the impact the pandemic can have on your mental health.

What is a panic attack? A panic attack is a brief and intense feeling of terror or anxiety with corresponding physical symptoms of fear