What is Depression - Types, Causes and Treatment 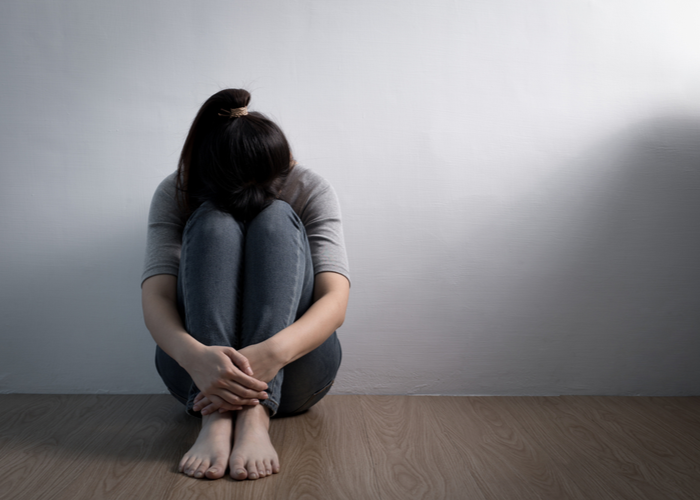 We all feel sad or down at different points in our lives, and feeling this way is a natural part of the human condition, particularly if we are facing significant life stressors.  Depression exists in varying degrees and it becomes serious when the sadness or low moods persist for a long time.  Long-term depression is a potentially debilitating condition that can overwhelm both our mental wellbeing and our physical health.

Depression is a common mental health condition worldwide, with the 2017 Global Burden Disease Study estimating that over 264 million people live with some form of depression. In any given year, around 1 million Australians experience depression, with women being slightly more likely to develop the condition. Roughly one in six women and one in eight men will experience depression at some time in their lives.

Depression can be diagnosed as a clinical depression or a major depressive disorder where people experience low emotional states and sadness for long periods of time. Some people living with depression feel intense self-loathing during these depressive periods, while others feel numb or distanced from any feelings of joy. Depression is an individual experience with a range of unique symptoms.  People suffering from depression, regardless of their individual symptoms, are encouraged to seek the help of a caring professional to help explore what might be going on.

It is important to make the distinction between experiences of grief and loss, and depression.

With grief and loss, we tend to dip in and out of our sadness to varying degrees, experiencing them as waves rather than all-consuming sadness over longer periods.  For example, we may experience intense sadness in one moment, and find something funny in a movie soon afterwards.

Depression is classified by severity as well as by type.

Major Depression (Clinical Depression)
Although properly diagnosed depression is often referred to as Major Depression, this is not an indicator of severity. Major or clinical depression can be mild, moderate, or severe, as well as having additional symptoms such as melancholy or psychosis.

The symptoms of major depression typically occur most days during a depressive period, and the depression lasts for two weeks or more.

Melancholia (Depression with Melancholy)
Melancholia is a severe form of depression characterised by physical symptoms, including slowness of movement, and a loss of pleasure in general.

Depression with Psychosis
Severe depression can sometimes lead to a break with reality and result in a psychosis. During a psychotic episode, a person may experience aural or visual hallucinations, delusions (particularly delusions of persecution - the belief that they are being punished for something or alternately that they themselves are the cause of bad things going on around them) and paranoia.  Depression can also be experienced or seen as a spiritual awakening, with associated transpersonal experiences that need to be explored with a sensitive and caring professional.

Bipolar Disorder
Bipolar disorder (BPD) , formerly known as “manic depression” is a chronic mental health condition characterised by extreme changes in mood that can last for days or weeks at a time. A person with bipolar disorder cycles between periods of feeling very “high” or euphoric (mania) and extremely low periods (depression), often without an identifiable triggering event.

As depression is the most common first exhibited symptom of bipolar depression, many people with BPD are initially incorrectly diagnosed with clinical depression.

Symptoms differ depending on the seasons that trigger seasonal affective disorder, with those triggered by the cold seasons being more prone to fatigue, sadness, loss of interest and weight gain, and those triggered by spring and summer are more likely to display anxiety, agitation, insomnia and weight loss.

Dysthymic Disorder
The symptoms of dysthymia are similar to those of clinical depression but are typically less severe but far more long lasting. To be diagnosed with dysthymic disorder, a person must have experienced symptoms of depression for at least two years.

Depression can make it difficult to function normally in everyday life, impacting our relationships, work, social life and study.

Symptoms of depression can be broken into a number of categories; feelings, behaviours, thoughts, physical and spiritual.

Many people will experience some of the following symptoms and are encouraged to seek professional help if some of these symptoms persist beyond two weeks.

As is the case with most mental conditions, the exact cause of depression is unknown, but a number of biological, personal and lifestyle factors can increase the chance of a person developing depression during their lifetime.

Much research has been done into the neurochemical causes of depression and as it stands the results are inconclusive. An imbalance in neurotransmitters doesn’t appear to be the cause of depression but it is believed that imbalances in brain chemicals can contribute to the development of the condition.

These changes in the brain can be due to genetic, lifestyle and personal factors:

Treatment options for people with clinical depression include medication and psychological therapy depending on the severity of the condition.

Seeking good psychotherapy or counselling, or Making an appointment with a doctor for a mental health care plan is encouraged.

Psychological Therapies
A number of psychological therapies can help treat people living with depression. Psychological approaches vary due to severity of the condition and other case to case specific.

Medication Antidepressant medications are sometimes prescribed to manage depression and its related symptoms. Medications include:

Other medications are prescribed in specific circumstances, such as a person experiencing symptoms of anxiety as well as depression or in the case of bad side effects from other medications. Mood stabilisers and tranquilisers may also be prescribed where needed.

A number of common symptoms, such as dry mouth and dizziness are usually short lived and dissolve after a few days or weeks of starting the medication.

If you, or someone you love, is experiencing depression, seeking help from a good professional is encouraged. There are a number of free services offering help and advice, including Beyond Blue , Lifeline , The Black Dog Institute and Reach Out .

If you would like to book a doctor’s appointment for a mental health care plan, or need to find a psychologist , psychotherapist or counsellor to help support your mental health, an easy  accessible way to do this is to book online via MyHealth1st .

Everything You Need To Know About Bipolar Disorder

Everybody has mood swings from time to time, but these swings in mood are usually caused by environmental or emotional stimuli. Bipolar disorder (BPD), formerly known as “manic depression” is a chronic mental health condition characterised by extreme changes in mood that can last for days or weeks at a time. A person with bipolar disorder cycles between periods of feeling very “high” or euphoric (mania) and extremely low periods (depression), often without an identifiable triggering event.

It’s normal for people to experience feelings of fear, worry, sadness and anxiety after experiencing trauma, and it is important that support exists to help process these emotions. If the feelings persist, it may be a sign of PTSD. Sometimes the initial reaction to a trauma is shock, followed by high functioning (or addictive behaviour including substance abuse) with the emotions buried deep inside. These emotions can eventually surface showing signs of PTSD.